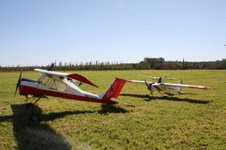 The all time favorite tug on the left the Wilga a35 and the bullet proof
2m stick on the right. 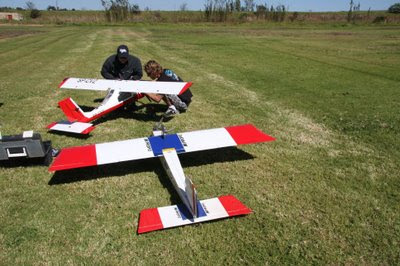 The stick runs a os91fx methanol motor and pulls even the 3.5m asw 19.
It has had many tugs with gliders from 1.5m to the Asw 27 of Antony Van zyl
shown below. 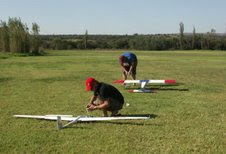 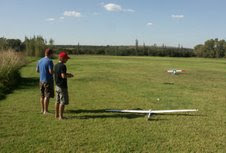 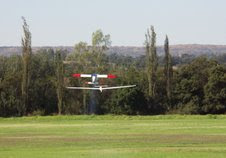 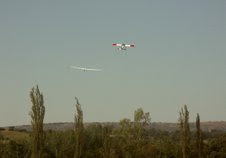 Time to ease back on throttle on the tug.
The glider should not follow the direction of the tug exactly, this makes slack in the line and then sudden tension. Resulting in the glider swinging from side to side.
If the tug turns right the glider should slide out left first and then to the right.
This keeps the distance between the tug and glider and tension on the line. 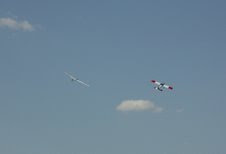 Aerotowing is really good fun for the tug pilot and the glider pilot.
We have had tows with just after takeoff both the tug and glider doing a right hand roll and then a left.
The glider was epp and not in the 6m class.
Posted by Craig Baker at 12:53 PM

You are Visitor No